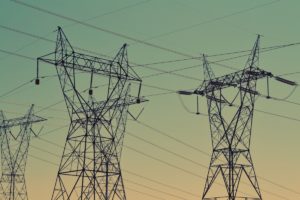 Despite knowing for years that electricity is a major expense that can significantly affect everyone’s bottom line, marijuana businesses – especially growers – are still struggling to keep costs manageable.

The good news is that a burgeoning number of utility companies are working with cannabis cultivators to better manage costs by:

Here are some of the points growers are focusing on as they consider potential energy savings:

That said, marijuana business executives can benefit from working with utility operators – provided an MJ exec is willing to as well.

While more cultivators are accepting or seeking help from utilities, many remain leery.

“Some growers are extremely open and want us to learn,” McGregor said, “and some, we have just one conversation with and then we never see them again.”

Utilities that receive their power from these federal entities generally balk at providing cannabis businesses because they fear federal interference.

Private utilities are less prone to those fears. Consider Puget Sound Energy (PSE), an investor-owned utility in Washington state, which has helped about 80 cannabis customers with about 100 energy-savings projects since 2014.

Rather, PSE buys the power it sells to customers off the market or from its own power generation.

“So, we didn’t have to be concerned about losing federal funding by serving the cannabis sector,” said David Montgomery, an energy management engineer with PSE.

He added that cannabis businesses are “legal within the state and the state is our governing body, so we’re going to treat them like any other customer.”

“We work with marijuana companies because they are legal operating entities in the state of Colorado,” Xcel spokesman Mark Stutz said.

“We are regulated at the state level, and to deny services would be in violation of state law.”

3. Consider the mutual benefit for both growers and utilities

It’s also in the interest of utilities to help growers cut their costs.

As more customers demand more energy, utility companies may have to build new power plants to supply customers’ demands, which is costly.

“It was difficult in the first several years of legalization from an operational distribution standpoint to meet the needs of some of the growers,” Xcel’s Stutz observed.

The utility had historically set up electric distribution systems in warehouse areas that were meant to meet certain loads.

Later, these districts became home to cannabis cultivators, and the energy consumption increased dramatically, he explained.

“This meant that we often had to upgrade distribution to meet the higher, 24-hour demand for use,” Stutz said.

Now, utilities are looking to the cannabis industry as a place where they can help customers take pressure off the grid.

“With the legalization of the cannabis market in Massachusetts, and the fact that this business is extremely energy-intensive, this is an agricultural area where there is opportunity to proactively influence the design of these facilities in order to mitigate their very significant energy demand,” noted Robert Kievra, a spokesman for National Grid, a major utility in Massachusetts.

About 70% of the cannabis facilities in National Grid’s service area participate their rebate and incentive programs, Kievra added.

Energy companies say the best way for marijuana growers to reduce their energy consumption is to switch from conventional lights to LED, and to upgrade HVAC.

But many growers remain skeptical of LED lights, something that McGregor blames on a lack of education.

“Trying out LED technology from two years ago is like trying out a 10-year-old laptop,” McGregor said.

Because cultivators also have a lot to gain from marijuana-related energy rebates and incentives, lighting companies are often the ones connecting utilities with growers.

“The folks who are really out there pushing LEDs, and saying PSE has money available, are the lighting companies and their reps,” PSE’s Montgomery noted.

“They’ll bring us growers with whom we can do projects with,” added Montgomery, noting that his company works with about six lighting firms that provide customers with LED technology.

“The lighting companies are aware of our incentive programs, so when they’re selling lights they tell the growers, ‘Hey, we can work with PSE. They have cash available to help pay for these lights because they’re more efficient.”

Montgomery estimated he saves his marijuana customers about 50 million kilowatt hours per year.

A kilowatt hour is a unit measuring the amount of watts used over 60 minutes. For example, 1,000 watts of power used for one hour represent one kilowatt hour.

Despite outreach from PSE and lighting companies, cannabis businesses may have not taken much advantage of incentive programs.

For example, Montgomery reckoned that LED lights should be installed at about one light per a 4-foot-by-4-foot area of canopy.

Montgomery said PSE typically picks up 50%-70% of that cost through rebates, although it’s sometimes lower based on the types of lights that are chosen.

“Even if we can pay a big part of it, they’re still on the hook for their portion of the project costs,” he observed.

This article was originally published in MJ Biz Daily. https://mjbizdaily.com/ written by

Omar Sacirbey  who can be reached at omars@mjbizdaily.com