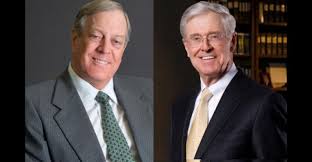 In this post Energy and Policy Institute’s Matt Kaspar reveals how the Koch Brothers-backed Americans for Prosperity and Heartland Institute Climate Denier James Taylor have joined the effort to fight a 50% renewable energy mandate for Arizona.

James Taylor appears on a panel titled, “Cost of Alternative Fuels” at the 12th International Conference on Climate Change in 2017.

Before Arizona voters head to their polling place in November, they will receive the Secretary of State’s publicity pamphlet that includes information about the statewide initiatives that will appear on the ballot. The booklet will also include arguments for and against ballot measures that were submitted by individuals, politicians, and groups who either paid $75 to have their comments in the pamphlet, or had their comments sponsored by an organization. Joining the dozens of filers that submitted arguments against the Clean Energy Healthy Arizona ballot, which would require Arizona utilities to use more renewable energy, are Andrew Clark, the state director for the Koch Brothers’ Americans For Prosperity Arizona chapter, and James Taylor of the Heartland Institute, a think tank that has been at the forefront of denying the scientific evidence for man-made climate change and routinely attacks clean energy.

Perhaps best known for its ill-conceived 2012 billboard campaign that compared those concerned about global warming with the Unabomber and Osama Bin Laden, the Heartland Institute also hosts conferences where attendees deny climate science, promote fossil fuels, and attack environmental regulations and renewable energy policies. Taylor, a senior fellow for Heartland, is also president of The Spark of Freedom Foundation, a pro-fracking and pro-nuclear organization.

Americans for Prosperity is the political advocacy group founded and funded by the billionaire brothers Charles and David Koch, the owners of Koch Industries. AFP works in sync with other organizations funded by the Kochs or allied with their interests to advocate against policies that would protect the environment and combat climate change. Together, Heartland and AFP state chapters and the national organization have specifically targeted the Clean Power Plan and state renewable energy standards. The Clean Energy for a Healthy Arizona ballot seeks to increase the state’s current renewable energy standard of 15% by 2025 to 50% by 2030 – so it is no surprise that Taylor and Clark have joined with Arizona Public Service in attacking the effort.

Voters will receive the voting booklets in early October; they can currently read an online version on the Secretary of State’s website.

In addition to the Heartland Institute and Americans for Prosperity figures, dozens of lawmakers and organizations also filed arguments against the initiative; many of them have received significant funding from APS throughout their career.

The fourteen Arizona state legislative and federal politicians that submitted arguments against the Clean Energy Healthy Arizona ballot have received a total of $166,918 in state and federal campaign contributions throughout their careers from the political action committee of Pinnacle West, the parent company of APS. Reps. Biggs, Gosar and Lesko have further collected a total of $54,650 in federal campaign contributions from APS individuals, according to the Center for Responsive Politics.

Several of these lawmakers have recently worked to undermine Clean Energy Healthy Arizona this year.

Sen. Kavanagh sponsored a rival ballot initiative to compete with the Clean Energy for a Healthy Arizona ballot initiative, which critics called an effort to confuse voters. That effort did not make it out of the legislature. An APS spokeswoman said the utility had proposed the language.

Rep. Leach introduced legislation, which was signed by Governor Ducey, that will limit financial penalties for utilities who fail to meet renewable energy standards if voters decide to increase them in November. APS admitted it helped craft this legislation as well.

Rep. César Chávez and Sen. Robert Meza co-authored an op-ed against the ballot initiative earlier this year. Furthermore, Sen. Meza has received income from some non-profit organizations that have received funding or have board relationships with APS. Energy and Policy Institute reported in April that he had received pay from Chicanos Por La Causa, The Armory and PSA Behavioral Health Agency – all of which have ties to APS.

Others have helped APS in other ways throughout their careers. For example, in 2016, as a state senator, Debbie Lesko worked with APS to create a ballot measure to compete with a pro-solar ballot measure sponsored by former Arizona Corporation Commissioner Chairwoman Kris Mayes. Six years before that, Lesko tried to pass a bill that would have classified nuclear power as renewable – essentially gutting the state’s renewable energy standard.

Along with the politicians featured in the pamphlet, many of the organizations that submitted arguments against the initiative have a relationship with APS either as a recipient of the utility’s cash or by having an APS executive on the board.

Additionally, Kimberly Wold, executive director of Prosper, submitted an argument against the ballot. In 2013, APS admitted – after first denying – that it funneled money through a consulting firm to Prosper, which then funded ads to attack solar energy. APS spent $9 million on public relations efforts to fight rooftop solar during that year.

AUGUST 17, 2018 PV MAGAZINE  Matt Kaspar is the Research Director at the Energy & Policy Institute. He focuses on defending policies that further the development of clean energy sources. He also frequently focuses on the companies and their front groups that obstruct policy solutions to global warming.

This article was originally published on the Energy and Policy Institute blog, 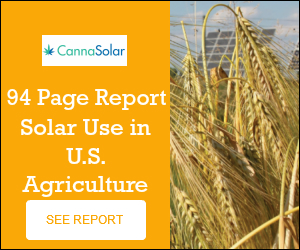